“Teaching a child not to step on a caterpillar is as valuable to the child as it is to the caterpillar.” – Bradley Miller

On the occasion of the Animal Rights Day we are organizing the largest performance in Croatia so far. In order to fight for the rights of ALL animals and point out their daily exploitation, we will gather at Ban Jelačić Square at 11 AM on December 14th and invite everyone to wipe the blood off their hands and become vegan, thus be on the right side of the history. Be a part of the (r)evolution with us, fill out an application form and join us in creating a just and compassionate world.

Ministry of Agriculture supported the ban on firecrackers

The Ministry of Agriculture is the fifth Ministry in a row to support the ban on the use of firecrackers throughout the year to protect people, animals and the environment, as well as maintain safety and peace. The suffering of animals caused by the shooting of firecrackers is unnecessary as there are much better and more modern ways to celebrate. Furthermore, it is necessary to prevent the suffering of children who often end up injured. We appeal to the Ministry of Internal Affairs to urgently change legal provisions to put an end to injuries to humans, as well as to animals that cannot protect themselves from dangerous pyrotechnic devices. Likewise, we urge to re-instate the ban on firecrackers throughout the whole year.

Support for the ban on fur 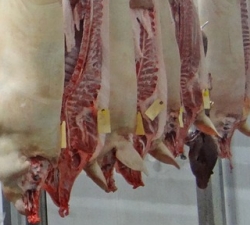 On the occasion of World Day Against Animal Violence, held on November 25th, we indicated that most people are unaware of their daily involvement in animal violence. They all oppose the abuse of dogs and cats, but many animals have no legal protection and are not perceived by humans as beings that are as intelligent, social and sentient as dogs and cats. Animals in slaughterhouses, circuses, zoos, laboratories and fur factories lose their lives in the cruelest of ways, that are also completely legal. Therefore, we urge everyone to choose a compassionate life and become vegan to help all animals.

Suzana and Bruno are finally free

20-year-old bear Suzana, imprisoned in Markovac Našički for years, is finally happy in her forever home – DANCING BEARS PARK Belitsa in Bulgaria. Her and a 40-year-old bear Bruno, who had been suffering with the Rimac family in Cerna for 30 years, were first transferred to a bear sanctuary in Kuterevo by the international organization FOUR PAWS. We emphasize that three more bears, Bruno and Mrki that are held by Željko Orešković and Ben, held by the Milec family in Ruščica, are still awaiting the implementation of the Animal Protection Act, which, as of January 1st, 2019, prohibits the keeping of bears in private captivity.

To mark the International Volunteer Day, on December 6th we organized a gathering of volunteers, members and all those interested in the work of our Association. Along with the hot stew, vegan cakes, pancakes, and talk about all the possibilities of volunteering, there was also a free screening of the recently released documentary The Game Changers. You can check the event here.

With thanks and great regards,
your Animal Friends