An overview of our 2018 activities

In our special edition of AnimaList, we present the annual review of our activities and achievements in 2018.

We Organized the Adopt! Campaign

Brothers Filip and Luka Vidović, collaborating with us in the campaign “Adopt!” appeared in front of the cameras to join forces for abandoned animals and to call for adoption. Aside from the video, the Vidović brothers and the dog named Lola posed for photographs for the billboards in Zagreb, Osijek and other cities.

We marked the first day of spring with the appeal to stop eating meat through the Meatout campaign which has been celebrated worldwide ever since 1985. Check a video of us sharing free vegan food at Petar Preradovic Square in Zagreb, in cooperation with Vegan Thugz. Croatian newspaper Vecernji list joined us in the Meatout this year. In cooperation with us, it published a vegan cookbook as a gift to the readers of its daily newspaper!

We Organized the 7th VeggieFair

The 7th edition of VeggieFair took place in Zagreb’s Jelacic Square on May 21. A wide selection of vegan food was presented through various tastings and special offers. Zagreb’s mayor, Mr Milan Bandic, was among the visitors of VeggieFair who had an opportunity to test their strength by participating in push-ups on pumpkins and win vegan desserts.

We Organized the Campaign: “Microchipped dog, caretaker in peace”

Actress Ksenija Pajic and dog Amy are the new faces of “Family to the seaside, dog to the street?!” campaign, which promotes responsible adoption. The slogan “Dog microchipped, caretaker in peace” highlights an important theme of the Animal Friend’s campaign, which is the legal obligation of dog microchipping. The campaign was also helped by three playful dogs from the Zagreb’s animal shelter in Dumovec.

We Started the Campaign: “Respect Our Sea”

In collaboration with the organization Eurogroup for Animals, we made a campaign called “Respect Our Sea”. The aim of the campaign was to educate Croatian citizens and tourists about respecting the sea and sea life. We placed 30 billboards in 15 cities with message: “Leave fish in the seas, better have peas. Sea animals feel pain just as we do. Respect their life and freedom.” Also, we published a vegan cookbook “Green Dishes for Blue Sea”.

We Issued a Book: “Vegan Nutrition for Children of Kindergarten Age” 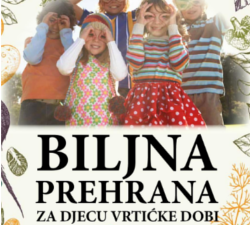 In cooperation with nutritionist Ivana Šimić, we issued the book “Vegan Nutrition for Children of Kindergarten Age”, which is intended to kindergarten teachers, caretakers and parents. It brings plenty of useful information, guidelines and recipes for raising vegan children. We distributed the book to all kindergartens in Croatia, as well as other institutions.

We Helped with Spaying of Dogs in Roma Settlements

Big campaign of spaying/neutering dogs in the Roma settlements of Medjimurje County was held. Plenty of volunteer work was done in the animal sanctuary Friends (Prijatelji), where over 3,000 dogs were spayed. The shelter thanks all the vets and volunteers, and adds that donations of food, medicine and construction material are always welcome, as well financial help.

11th ZeGeVege Festival of Sustainable Living took place on September 7th and 8th at Zagreb’s main square. There were more than a hundred domestic and foreign exhibitors with food sampling and promotional sales, lectures and cooking workshops, as well as an entertainment program, and restaurants offered a variety of delicious dishes. All of this makes our festival the biggest in this part of Europe. Check first and second part of our festival’s photo gallery.

We Marked World Animal Day with a Veggie Picnic

On October 6th, we participated in an event organised by the city of Zagreb at Bundek lake, marking World Animal Day. We were there with our info stall, alongside with Animal Protection Network. We organised a Veggie picnic which offered a selection of tasty vegan food.

We Drew Attention to the Importance of Permanent Sterilization

We encouraged more than 140 cities and municipalities to prescribe permanent sterilization of dogs and cats, and started a campaign “Don’t turn a blind eye, castrate” which was joined by numerous celebrities, showing that the topic is truly important. We have shown that it is important to work on the source of the problem, instead of dealing with the consequences of long-term negligence and failure in implementing the Animal Protection Act. Besides all this, through our program for cheaper castrations, we helped to spay and neuter 615 cats and 97 dogs in 2018.

We Marked the Anniversary of Animal Protection Act Implementation

On Friday 26th October 2018, precisely on the day the Animal Protection Law came to force in 2017, we organised an impressive action. Together with four-legged friends who are searching for home and banners with shocking photographs we pointed out to the need for all local communities to conduct control of dog microchipping and to prescribe permanent sterilization (spaying/neutering) as a breeding control of dogs and cats.

We Organized a Performance on the Occasion of World Vegan Day

On the occasion of World Vegan Day, we organised a ‘bloody’ performance. We wanted to portray the responsibility of each individual for their own choice of food on their plate and remind everyone that eating animals and animal products is neither necessary nor justified. We invited everyone to spread information about the numerous benefits of a vegan lifestyle and to recommend the Veggie Challenge to their friends.

The President of AFC was Appointed the Minister’s adviser

The Ministry of Agriculture has appointed Luka Oman, the president of Animal Friends Croatia, as a special adviser for the animal protection to the Minister of Agriculture. He performs this function without employment or any compensation for work and travel expenses. This does not prevent him from investing extraordinary efforts to raise the standard of animal protection in Croatia and take part in numerous meetings where he presents concrete proposals for the improvement of implementation of the Animal Protection Act.

We Organized March for the Animals and Animal Rights Week

The second March for the animals was held on December 8, 2018. A colorful procession with banners was not discouraged by the rain, as we were all motivated to spread the message of compassion for animals. You can take a look at the great atmosphere of this year’s March in the Photo Gallery on our website and Facebook. As a warm-up for the March, we held the Animal Rights Week. The week started with a banner making workshop for the March, followed by a great lecture given by Vedran Romac, an activist workshop by Zagreb Animal Save, an educational lecture by Goran Pejakovic, and, as an icing on the cake, a feline get-together at the Cat Caffe.

We Started a Campaign “Love is not for Sale”

With a new campaign, the Animal Protection Network wanted to send a message that animals are not suitable as Christmas presents. For this occasion, billboards were placed in over 20 cities all over Croatia with a clear message: “Love is not for Sale“, presented by abandoned animals. Animals are not commodities nor a suitable gift, so if a family decides to get an additional member, the Network suggests: Adopt, Don’t Shop!

The President of AFC Received a Peace Prize

Luka Oman, the president of the Animal Friends Croatia, received a special Recognition for the promotion of peacemaking, non-violence and human rights “Krunoslav Sukić”, awarded by the Center for Peace, Nonviolence and Human Rights Osijek. He received the award for pioneering work on the promotion of animal protection and veganism, as well as being a “contemporary conscientious objector who showed exceptional care and sacrifice for others.”

We Insisted on Banning the use of Pyrotechnics

During yet another holiday season, we asked everyone not to use pyrotechnics, because the loud noises of firecrackers and fireworks put both domestic and wild animals under major stress and fear, which can even cause death. We pointed out that pyrotechnic devices are dangerous to humans as well, especially children who often end up with hand or eye injuries, so we asked for their ban during the whole year.

We invited people to spend Easter and Christmas holidays with vegan dishes on their tables. For Easter we offered a free online cookbook, and during Christmas we cooperated with the local newspaper in publishing a Christmas themed vegan cookbook in one of the newspapers editions.

In addition to these activities, let’s take a moment together to remember some other important events and initiatives we have engaged in:

Thank you all for your support, for following us, and participating in our activities. Stay with us this year too, support us through membership, donations, or in any way you can so as we can achieve many new successes together.